Savings are expressed as budget authority and were calculated by comparing current federal construction spending of $277 billion annually, as found in U.S. Census Bureau, “Construction Spending: Value of Construction Put in Place at a Glance, November 2014,” January 2015, to spending levels in the absence of Davis–Bacon. Both spending levels were increased at the same rate as growth in discretionary spending, according to the CBO’s most recent August 2014 baseline. Davis–Bacon increases construction costs by 9.9 percent, as documented in Sarah Glassman et al., “The Federal Davis–Bacon Act: The Prevailing Mismeasure of Wages,” The Beacon Hill Institute, February 2008, and it extends to 32 percent of all public construction spending.

Repeal the Davis–Bacon Act and prevent states from imposing prevailing wage restrictions on federally funded construction projects. This proposal saves $8.1 billion in 2016, and $86 billion over 10 years.

The Davis–Bacon Act requires taxpayers to overpay for construction labor. Construction unions lobby heavily to maintain this restriction—it reduces the cost advantage of their nonunion competitors. But it needlessly inflates the total cost of building infrastructure and other federally funded construction by 10 percent.

The Congressional Budget Office has estimated that the Davis–Bacon Act applies to a third of all government construction—many state and local projects are partially or wholly funded with federal dollars. Without prevailing wage restrictions these projects would have cost $7.8 billion less in 2013. Congress should repeal the Davis–Bacon Act and prohibit states from imposing separate prevailing wage restrictions on federally funded construction projects. Doing so would save taxpayers tens of billions of dollars. 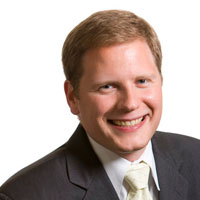 As senior policy analyst in labor economics at The Heritage Foundation, James Sherk researches ways to promote competition and mobility in the workforce rather than erect barriers that prevent workers from getting ahead.