Savings are expressed as budget authority and were calculated by using the FY 2014 enacted spending levels and FY 2015 requested spending level as found on page 17 of SEC, “FY 2015 Congressional Budget Justification; FY 2015 Annual Performance Plan; FY 2013 Annual Performance Report,” Historical growth averaging 6.49 percent from 2008 to 2013 is found from the total 46 percent growth between 2008 and 2013, reported in David Burton, “Lack of Resources Is Not the Reason for SEC Tardiness,” The Daily Signal, December 10, 2013. A current policy continuation assumes annual increases of 8.72 percent for 2016 to 2025. This equals the average growth rate in SEC spending from 2008 through the 2015 request. We compare this current spending path to an alternative policy that increases the FY 2014 enacted amount by CPI inflation as projected by the CBO in its most recent August 2014 baseline. The savings equal the difference between the two spending paths.

Freeze the Securities and Exchange Commission (SEC) budget in real, inflation-adjusted terms. This proposal saves $321 million in 2016 and $10.8 billion over 10 years.

Tweet This Quote
Runaway government spending? Funding for the SEC has increased 60 percent. Freeze it.

The mission of the SEC is to protect investors; maintain fair, orderly, and efficient markets; and facilitate capital formation. These are important goals. However, over the past 10 years, the SEC budget has increased by 60 percent, 26 percent faster than the government as a whole, about a third faster than the economy, and over twice as fast as inflation. In its FY 2015 budget request, the SEC has asked for a 16 percent increase, from $1,463 billion to $1.7 billion.

There is no reason to believe that the previous flood of resources has improved the SEC’s performance or effectiveness. In fact, the SEC has become sclerotic and moribund. It has too many layers of middle management, too many offices and too many layers of review. It needs to be reformed and streamlined. It needs to focus on its core enforcement mission of preventing fraud and ensuring compliance with disclosure laws. What it does not need is more tax money.

Tweet This Quote
Runaway government spending? Funding for the SEC has increased 60 percent. Freeze it. 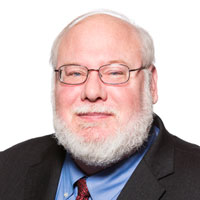