The entire Trade Adjustment Assistance (TAA) program was set to expire on December 31, 2014. However, Congress extended the life of the program through FY 2015 with passage of the Consolidated and Further Continuing Appropriations Act of 2015. Congress should not reauthorize TAA again, and should let the program expire at the end of FY 2015. This proposal saves $823 million in 2016, and $9.6 billion over 10 years.

Tweet This Quote
If congress let the TAA program expire at the end of 2015, we would save $9.6 billion.

TAA provides overly generous government benefits to American workers who lose their jobs because of foreign trade, even though these workers are a small fraction of laid-off workers.

However, is there any evidence that this assistance and training improves earnings based on newly acquired job skills? Program evaluations of TAA say no. This finding should not be surprising, because scientifically rigorous evaluations of federal job-training programs have consistently found these programs to be highly ineffective.

A 2012 quasi-experimental impact evaluation of TAA by Mathematica Policy Research and Social Policy Research Associates builds upon the consensus of three previous quasi-experimental impact evaluations that have found TAA ineffective at improving the employment outcomes of participants. Thus, Congress should let this costly and ineffective program expire by not reauthorizing the program.

Tweet This Quote
If congress let the TAA program expire at the end of 2015, we would save $9.6 billion.

David B. Muhlhausen, Ph.D. is a leading expert on criminal justice programs in The Heritage Foundation's Center for Data Analysis. A Research Fellow in Empirical Policy Analysis at the think tank, Muhlhausen has testified frequently before Congress on the efficiency and effectiveness of law enforcement grants administered by the U.S. Justice Department. 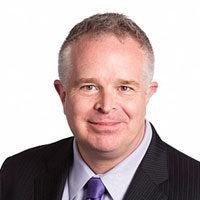 Bryan Riley is a full-time advocate for free trade through his research and writing for The Heritage Foundation. He brings years of experience in trade and economic issues to his role as Jay Van Andel senior analyst in trade policy.