Savings are expressed as budget authority and were calculated by using the FY 2014 estimated spending levels as found on page 177 of U.S. Department of State, “Fiscal Year 2015, Congressional Budget Justification: Department of State, Foreign Operations, and Related Programs,”  This estimated spending has been increased at the same rate as discretionary spending in the CBO’s most recent August 2014 baseline spending projections.

Eliminate funding for the United Nations Population Fund (UNFPA). This proposal saves $36 million in 2016, and $378 million over 10 years.

Tweet This Quote
Why would US support China’s “one child policy”? Stop funding the UN Population Fund!

UNFPA has faced continued assertions that it has been complicit in enforcement of China’s coercive one-child policy. ((Steven Mosher, “China’s One-Child Policy and UNFPA: A Silent But Deadly Partnership,” LifeNews.com, july 10, 2012,  (accessed December 11, 2014). )) The policy is often enforced by Chinese family planning officials through fines, forced abortions, and involuntary sterilization.

For years, the U.S. withheld funding to UNFPA under the Kemp–Kasten amendment that prohibits U.S. international aid from supporting coercive abortion procedures or involuntary sterilization. ((Daniel Briggs, “The Kemp–Kasten Provision and UNFPA Funding,” Americans United for Life, April 23, 2010,   (accessed December 11, 2014). )) In 2009, however, Congress exempted UNFPA funding from the Kemp–Kasten language and has since sent tens of millions of taxpayer dollars to UNFPA, with the most recent allocation providing $35 million per year to the organization. Concerns about UNFPA donations were multiplied by a report released in 2011, which identified the organization among four of the United Nations’ largest aid agencies found to have stockpiled a total of $12.2 billion in unused donations in 2009. ((Brett Schaefer, “Congress Should Renew the Report Requirement on U.S. Contributions to the U.N. and Reverse Record-Setting Contributions to the U.N.,” Heritage Foundation WebMemo No. 3324, July 22, 2011.))

Congress should permanently eliminate all federal funding to UNFPA.

Tweet This Quote
Why would US support China’s “one child policy”? Stop funding the UN Population Fund! 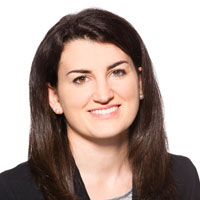 Sarah Torre focuses on policy issues related to religious liberty, marriage and family as policy analyst in the DeVos Center for Religion and Civil Society at The Heritage Foundation. 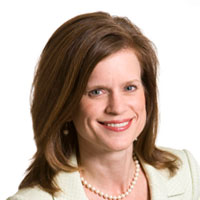 A vice president of The Heritage Foundation, Jennifer A. Marshall runs the think tank’s Institute for Family, Community, and Opportunity. In that capacity, she oversees research into a variety of issues that determine the strength and character of American society.  Issues explored by Institute researchers range from marriage, life, and religious liberty to health, education, and welfare to the application of America’s founding principles to today’s challenges.

See publications by Jennifer A. Marshall

Jennifer A. MarshallVice President for the Institute for Family, Community, and Opportunity 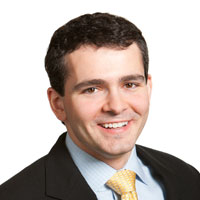 Ryan T. Anderson, Ph.D. researches and writes about marriage and religious liberty as the William E. Simon Fellow at The Heritage Foundation. He also focuses on justice and moral principles in economic thought, health care and education, and has expertise in bioethics and natural law theory.