According to testimony from the CBO, fair-value accounting results in an estimated savings, from eliminating the Export-Import Bank, of $2 billion over 10 years. Estimates provided on page 6 of congressional testimony “Testimony on Estimates of the Cost of the Credit Programs of the Export–Import Bank,” June 25, 2014.

Allow the Export-Import Bank (Ex-Im) to expire when its current authorization lapses on June 30, 2015. This proposal saves $2 billion over 10 years under fair-value accounting that prevails in the private sector. CBO Director Douglas Elmendorf testified to the appropriateness of fair-value accounting when relaying the costs of the Export-Import Bank, stating, “In CBO’s view, therefore, fair-value estimates provide a more comprehensive measure of the costs of federal credit programs, and CBO has provided fair-value estimates for many programs to help lawmakers more fully understand the trade-offs between certain policies.”1 Compared to the Congressional Budget Office’s (CBO’s) baseline, which per the 1990 Federal Credit Reform Act does not properly consider risk of default, this proposal would technically cost the federal government $14.4 billion over 10 years.

Tweet This Quote
End corporate welfare at Ex-Im Bank to save enough $ to buy 500 Superbowl ads!

The Export-Import Bank provides discount financing to foreign firms and foreign governments for the purchase of American exports. The program primarily benefits very large corporations, but puts unsubsidized American firms at a competitive disadvantage and taxpayers at risk.

Ex-Im provides taxpayer-backed financing for just 2 percent of U.S. exports. The vast majority of benefits accrue to multinational firms that could easily access private financing. In FY 2013, for example, just 10 companies benefited from 75 percent of Ex-Im subsidies. Boeing is the biggest beneficiary, by far. Subsidies for air transport comprised more than 45 percent of all Ex-Im financings last year, including subsidies for the purchase of Boeing aircraft in China, Russia, the United Arab Emirates, and 22 other countries.

Ex-Im was capitalized with $1 billion in taxpayer dollars, and its financing is backed by the full faith and credit of the United States, which means that taxpayers are on the hook for any losses that the bank fails to cover with reserves. The current cap on bank “exposure” is $140 billion, although Ex-Im has exceeded that limit. If required to follow the strict accounting methods of private lenders, Ex-Im would incur a deficit of $2 billion in the next decade, according to the ((Douglas Elmendorf, “Testimony on Estimates of the Cost of the Credit Programs of the Export-Import Bank,” Congressional Budget Office, testimony before the House Committee on Financial Services, June 25, 2014,  (accessed December 30, 2014).)) CBO.

Those anticipated losses do not include the detrimental impact on American firms of subsidizing overseas competitors. The subsidies also distort the allocation of credit and labor. For example, job losses to domestic companies have been caused by export financing of coal mining in Colombia, copper excavation in Mexico, and airplanes for India. An additional concern is that Ex-Im subsidies benefit unfriendly nations, including China, Venezuela, and Russia.

There is no shortage of private financing available, and Ex-Im subsidies simply are not needed to maintain record levels of exports.

Tweet This Quote
End corporate welfare at Ex-Im Bank to save enough $ to buy 500 Superbowl ads!

Diane Katz, who has analyzed and written on public policy issues for more than two decades, is a research fellow in regulatory policy at The Heritage Foundation. 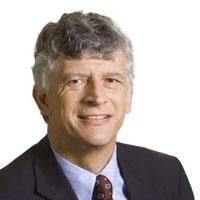 James L. Gattuso handles regulatory and telecommunications issues for The Heritage Foundation as a Senior Research Fellow in its Roe Institute for Economic Policy Studies.